{travel} day 2 road trippin' USA... or at least the lowcountry

Today's edition of 'Road Trippin' USA... or at least the Lowcountry' is a really fun one! This might have been one of my favorite days of the entire trip, even though we spent much time in the car. Although we were sad to be leaving Savannah after such a short stay, we were really excited to get to Charleston. We decided to take the scenic route, US 17, with a few Southern Living & Heather recommended stops along the way. If you take anything away from my road trip blog posts, take these recommendations. Seriously. You will love it! 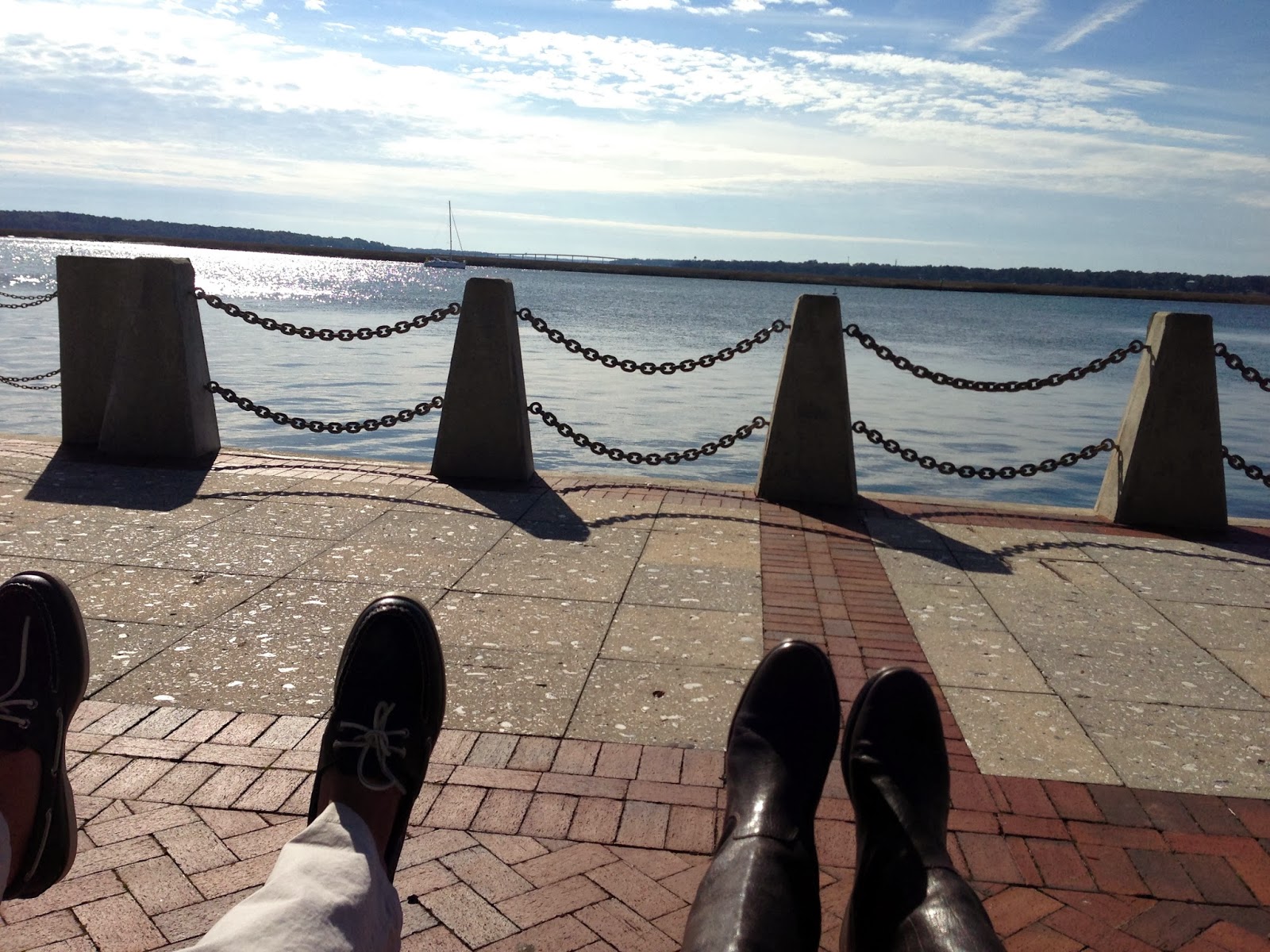 Beaufort is a wonderful little town just south of Charleston. It had that small town feel I love so much with the huge plantation homes and oak trees, but with lots of tempting shopping and highly rated restaurants mixed in for good measure. This city felt like a destination, where one could come to shop, play, and drink in the gorgeous views of the Beaufort River, but could also almost immediately feel like a local as well. It was picture perfect. 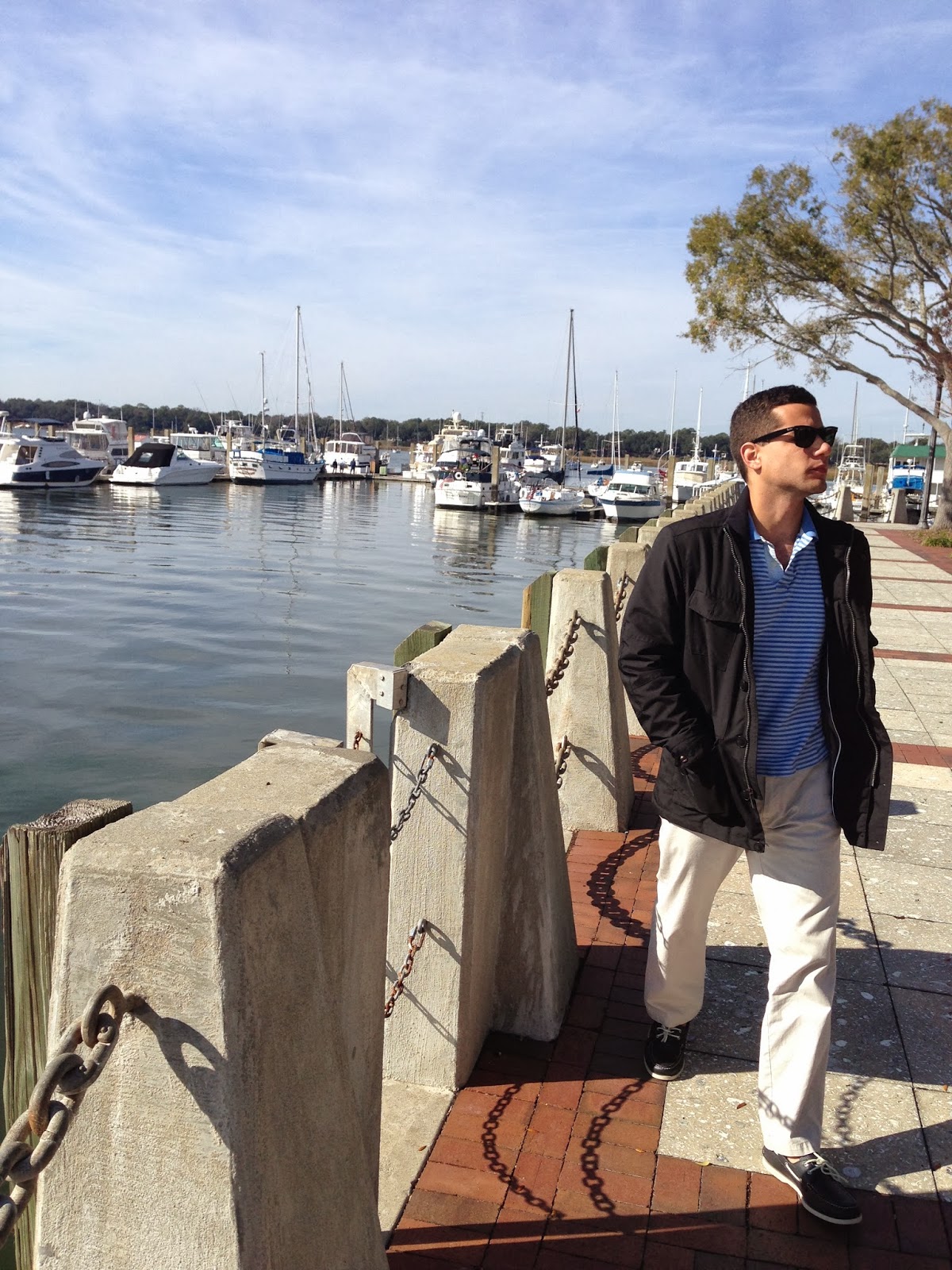 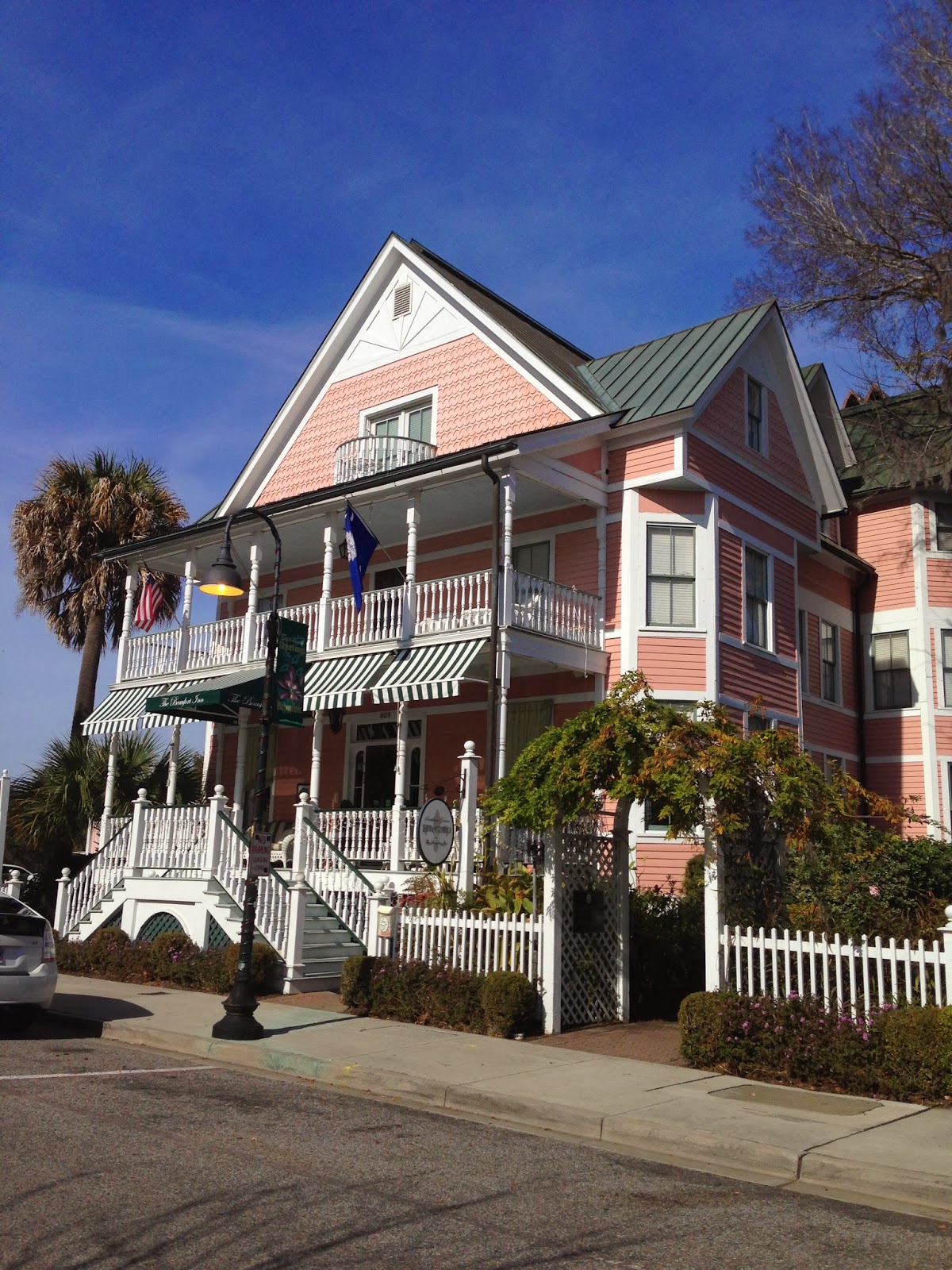 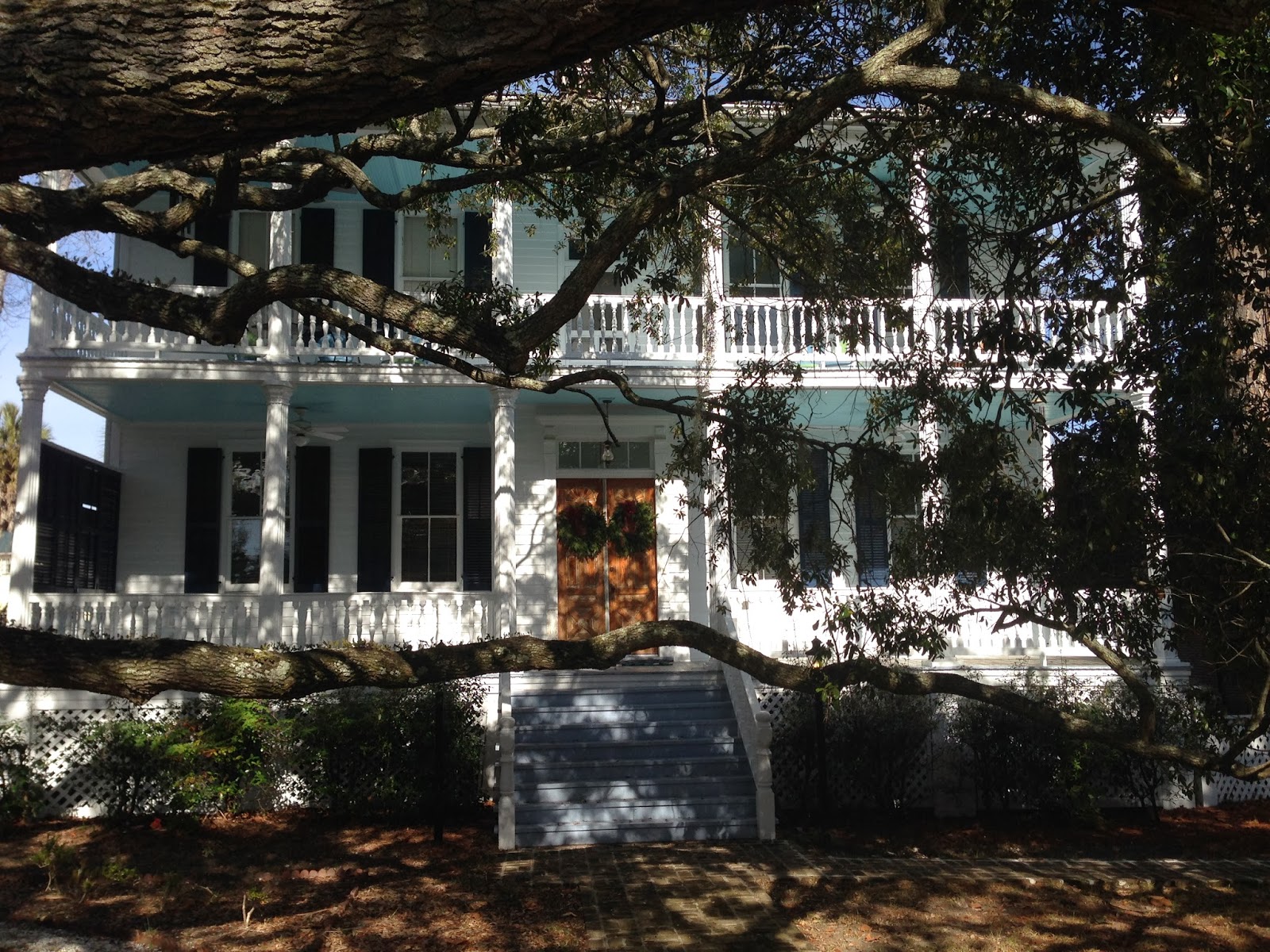 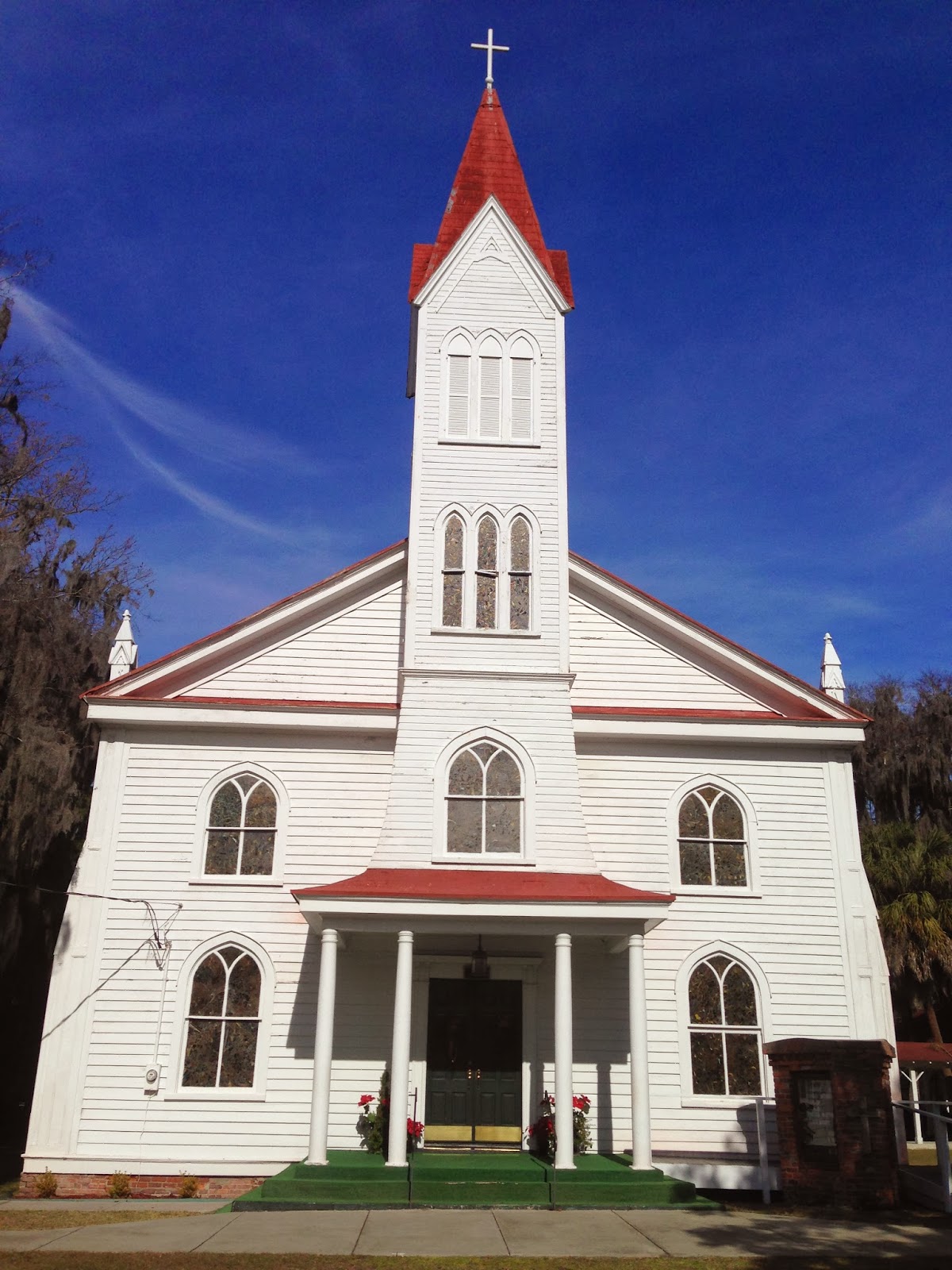 One thing Alex & I highly recommend for you to do while in Beaufort is to stop in the 1804 Verdier House at 801 Bay Street. The exhibit on the bottom level of the home is free, while the tour of the house is about $10 a person I think. We didn't end up doing the tour, but we did check out the Civil War exhibit on the first floor. It was fascinating! We had no idea that the city was held by Union forces for so long during the Civil War. The old man working the exhibit was really great as well. You could tell he was passionate about the history of his city. 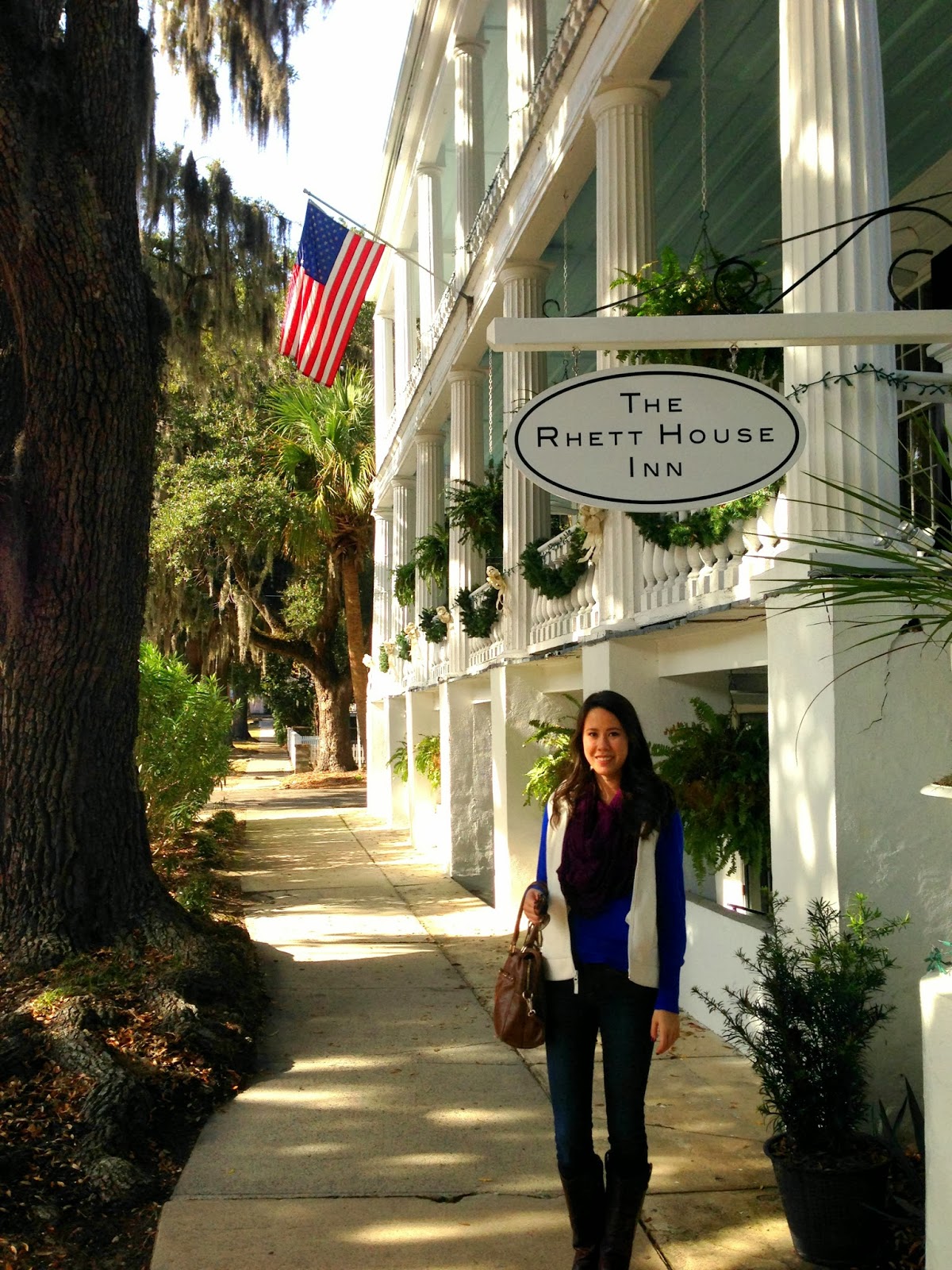 After walking up and down Bay Street, and into town a bit so we could check out the Rhett House Inn & other gorgeous plantation homes, we began to work up an appetite. There were a bunch of delicious looking restaurants on Bay Street, but we decided to stick with the Southern Living recommended Plums. We ate on the back porch with a view of the water. Unfortunately, despite feeling hungry and knowing that we needed to eat, neither of us had a huge appetite due to the crazy amount of pulled pork we had eaten the night before in Savannah. So although the crab cake sandwich is supposed to be delicious at Plums, Alex went with the chicken salad sandwich and I stuck with a salad.

With our bellies full, it was time to leave Beaufort to go on to the next exciting stop on our list ----

Tucked away on Wadmalaw Island about 1 1/2 hours away from Beaufort is the Firefly Distillery. If you've never tried Firefly, you are totally missing out. Their sweet tea vodka was a staple at college football tailgates my junior and senior years, so when I found out that their tasting room was in between Savannah and Charleston, I knew we had to stop by. The distillery is actually the creation of the Irvin House Vineyards winery owners, and is located on the same property. It is a really cool place to visit even if you don't particularly like vodka. The tasting is $6 dollars for 6 little samples of your choice of vodka, bourbon, whiskey, liqueurs, and/or moonshine. My favoriteeee was the apple pie moonshine. Dangerous! 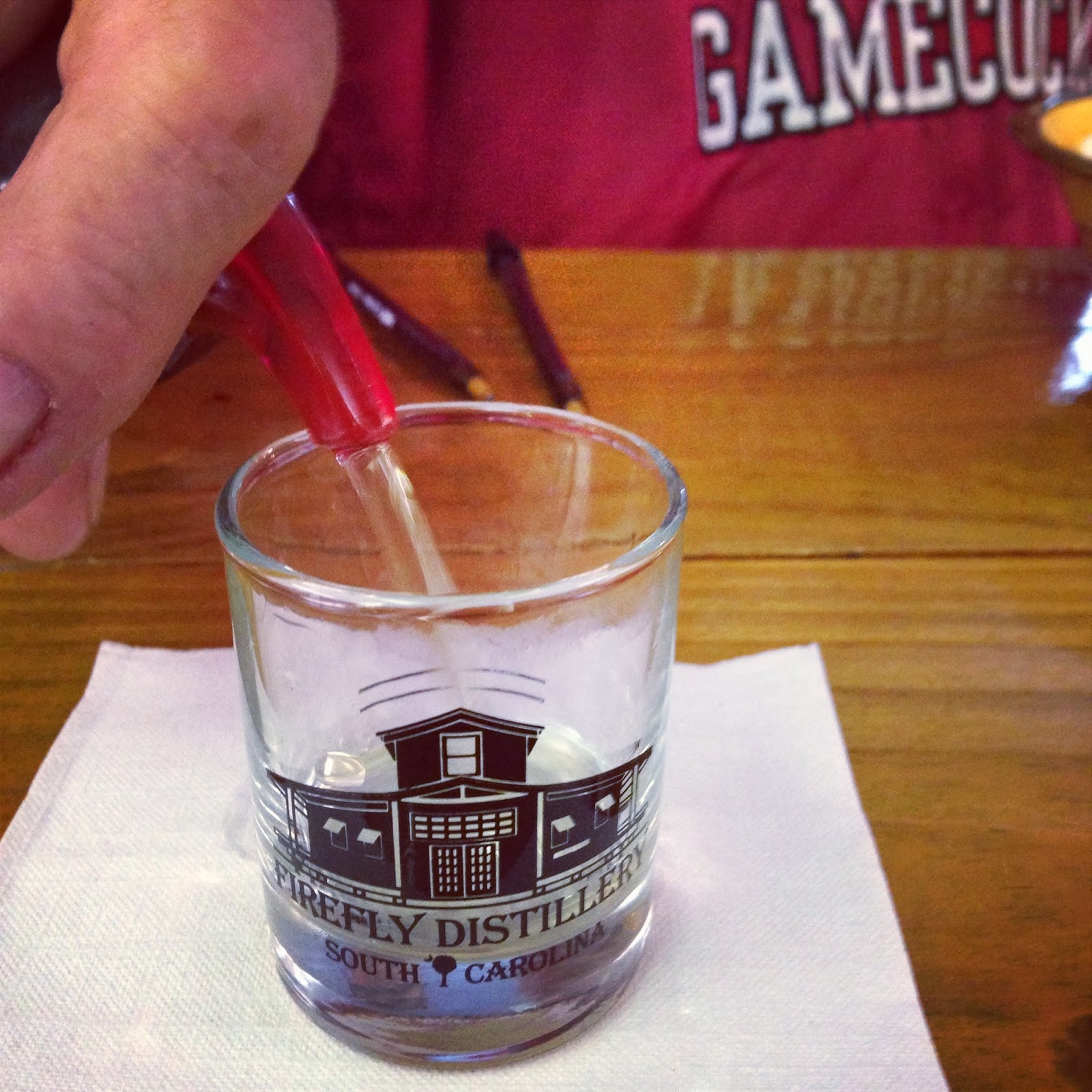 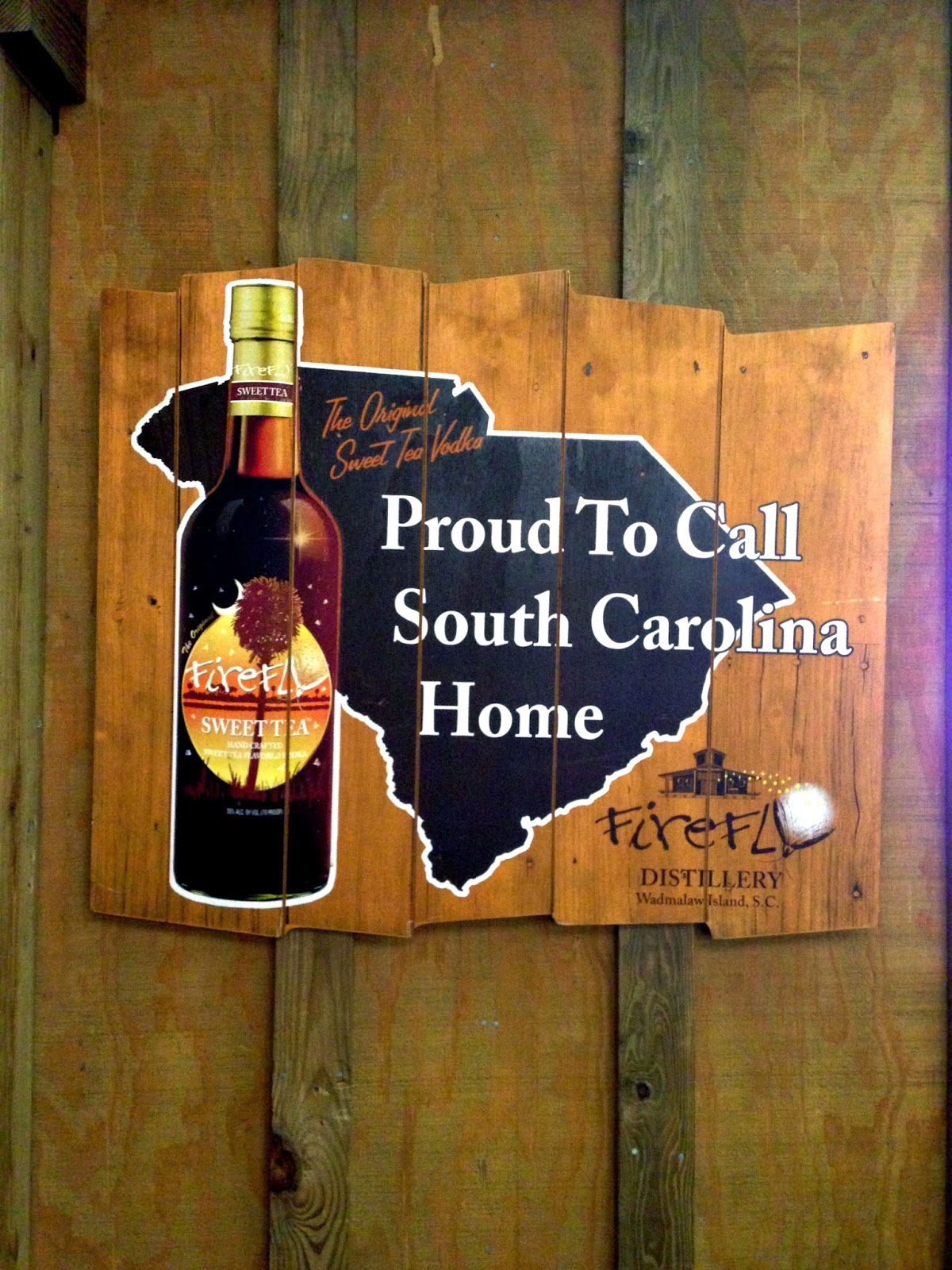 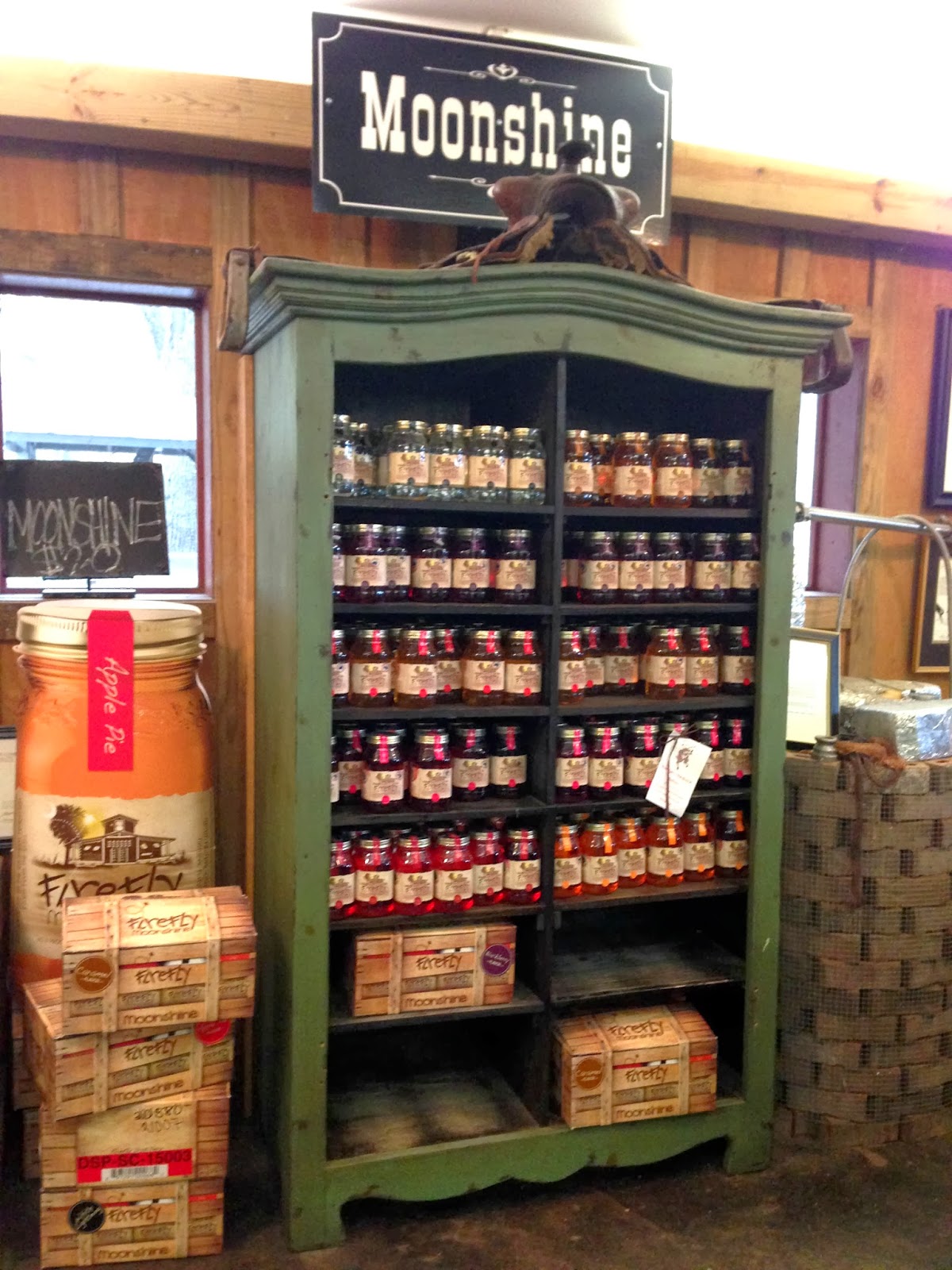 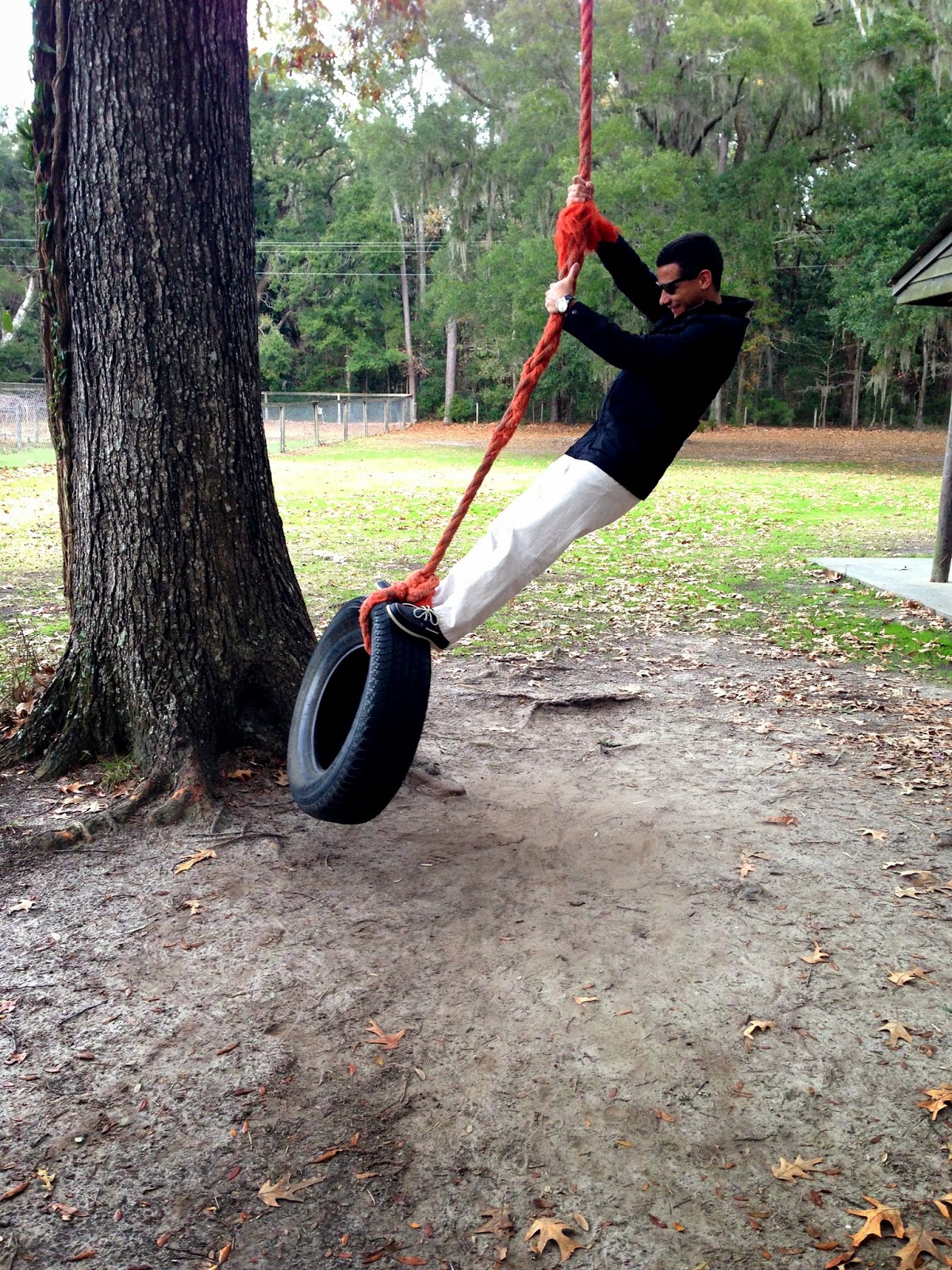 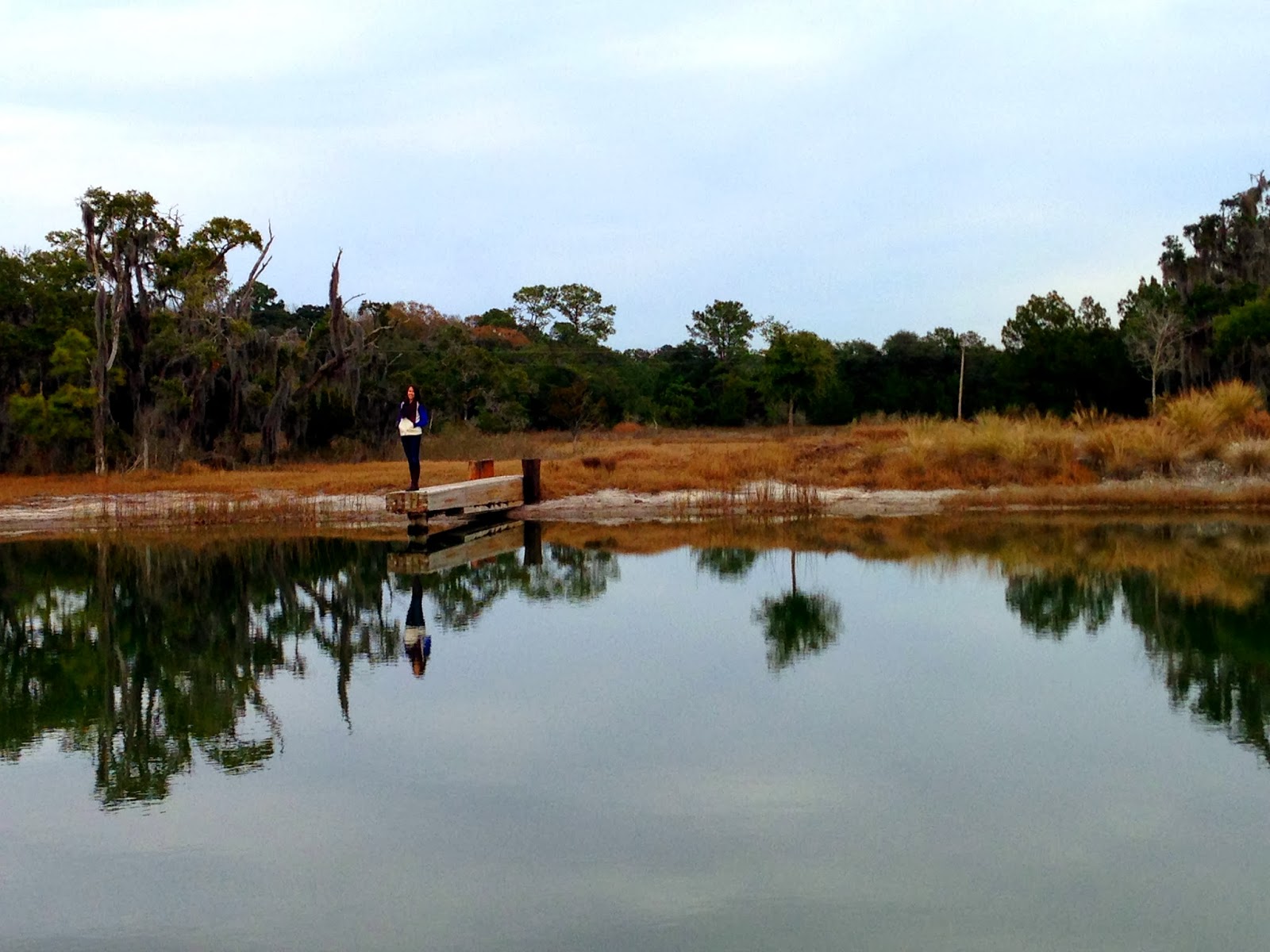 After playing around on the tire swing, saying hi to the animals on the property, checking out the grapevines, and stopping for a little retention pond photoshoot (Alex had an intense vision for this picture. I was skeptical but clearly my novice photographer knew what he was talking about!), it was off to our next stop-- watching the sunset on the Folly Beach Pier about 40 minutes away.

According to Southern Living, the locals call this pier the Edge of America. I can certainly see why. 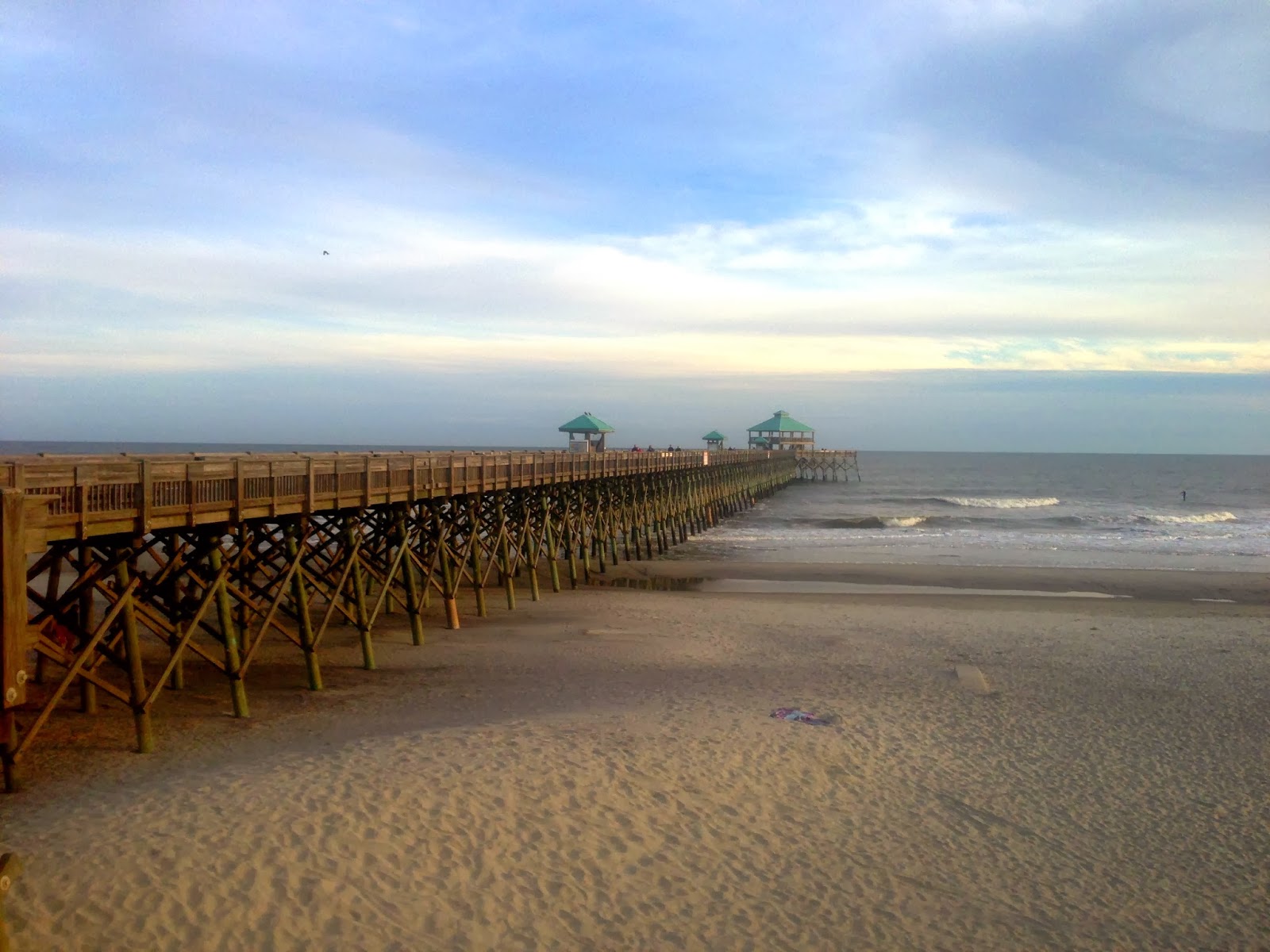 Although it was cold and windy, Alex & I had an absolute blast out here. I wanted to throw off my boots and run around with my toes in the sand, but it was sadly even too cold for that. Instead, we walked down the entire length of the pier, stopping once in a while to watch the brave Atlantic Ocean surfers catching some waves. Once we made it to the end of the pier we pretty much just sat and enjoyed the sound of the ocean, the smell of the saltwater, and the warmth of the sun.  After taking a few obligatory photos.. duhhh, we picked a picnic table, lay down, and looked up at the gorgeous South Carolina sky. 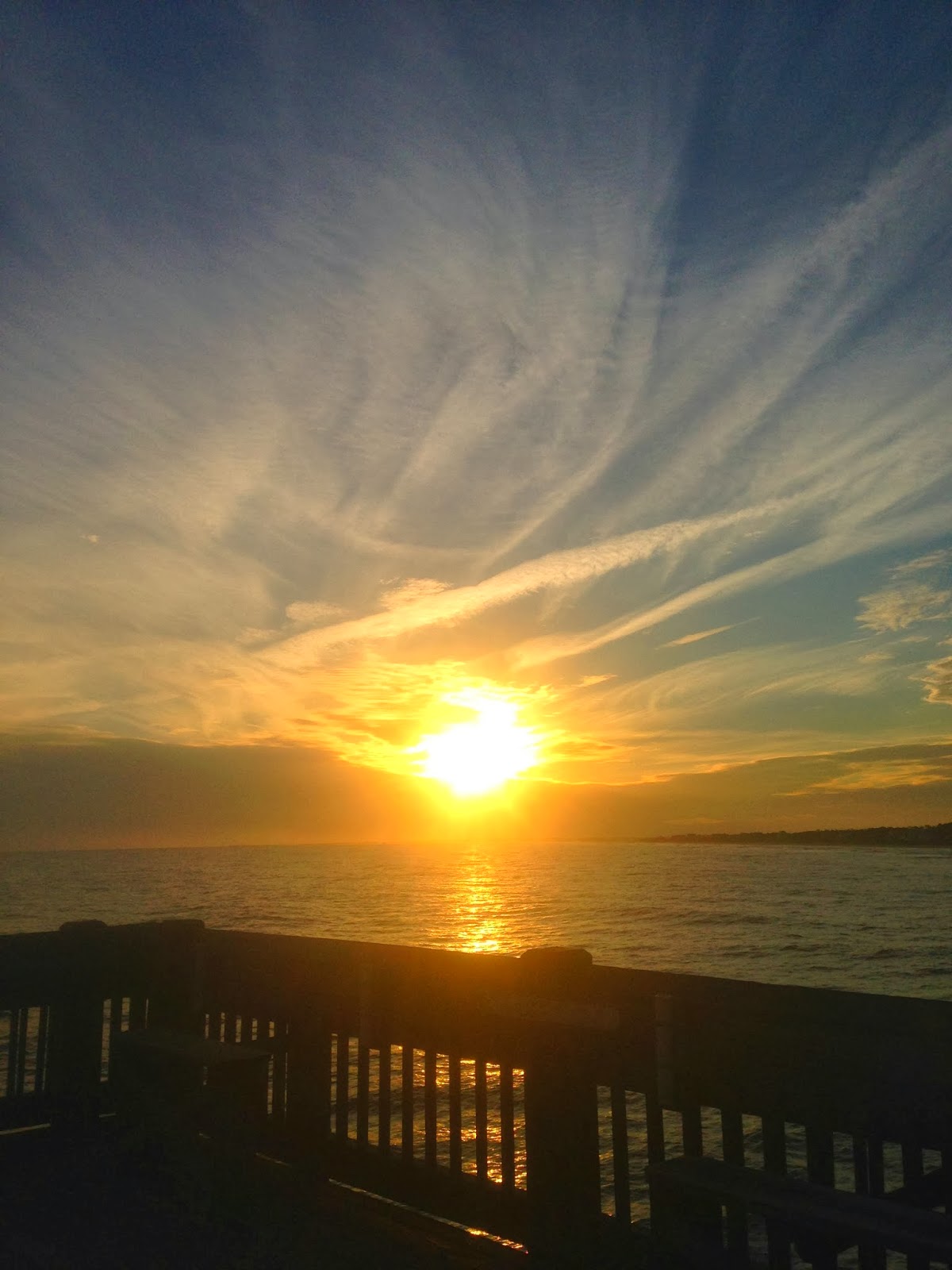 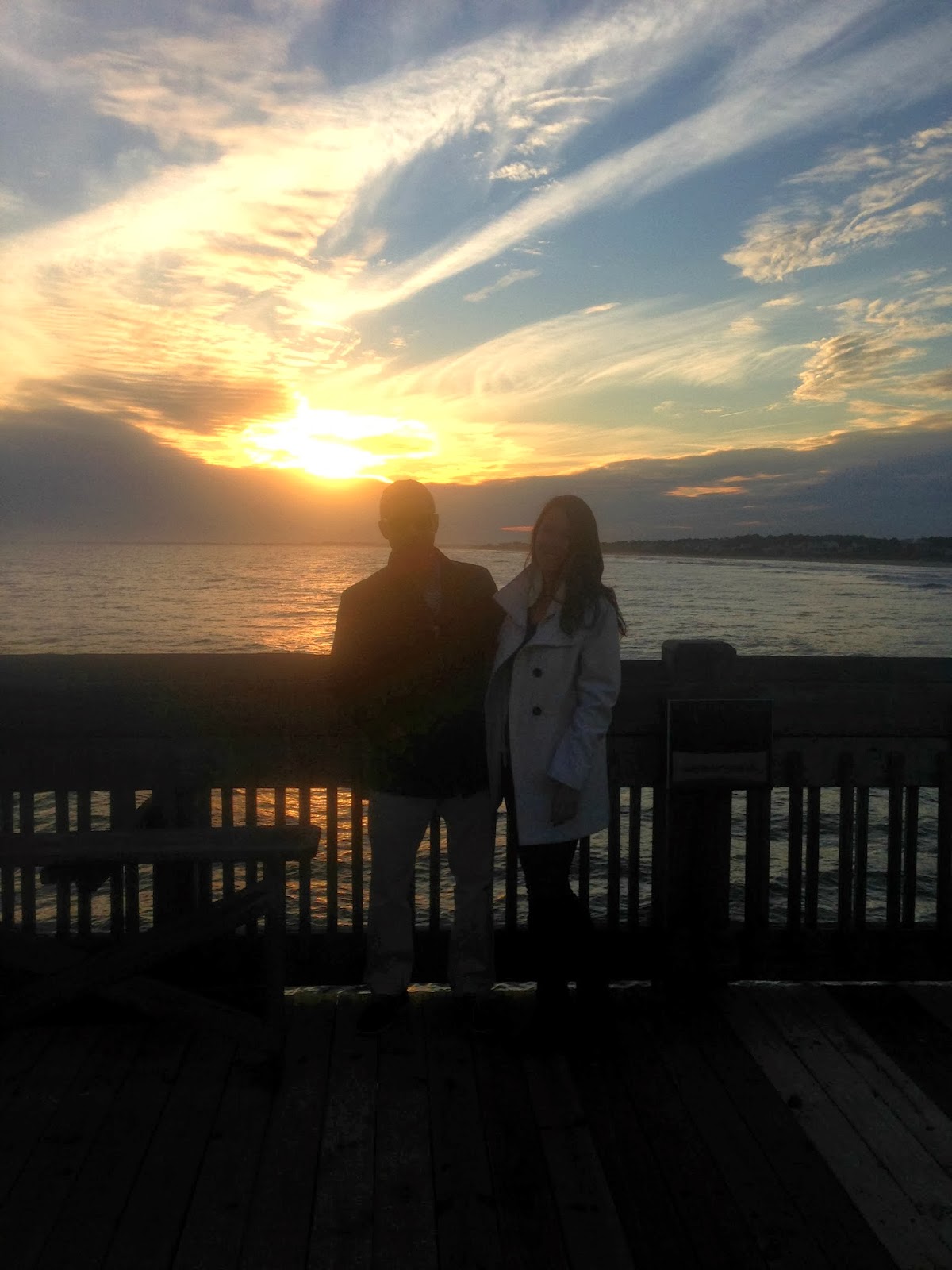 Once the sun went down it got cooo-oo-ld, so we walked on back to our car and drove the last leg of our journey for the day, 21 minutes to Charleston.

So you would think that the story would end here, right? We had driven for a little less than four hours and stopped in three separate cities for a total travel day of about eight hours. But nooooo... we couldn't stop there! We had dinner and an old haunted jail to attend to.

I highly recommend you check out Prohibition on upper King Street for dinner or drinks in Charleston. We were planning on eating at Pearlz, which Heather recommended, but it was far away and we were starving. Prohibition, however, was a hop, skip, and a jump away from where we were staying. We walked in to an old timers jazz band setting up and were immediately hooked. Apparently they offer really great cocktails, but we stuck with beer and wine since we were in a slight hurry to make it to our ghost tour.

Since we opted out of doing a ghost tour in Savannah due to the fact that we had so few hours to explore the city, we decided to do a ghost tour in Charleston. We picked one willy nilly without researching where the ghost tour was taking place. We decided on the 'Haunted Jail Tour' without even realizing that the jail is actually the most haunted place in Charleston. Kewlllll. Needless to say, we were both shaking in our boots. I refused to let go of Alex's arm and was sure that I was going to have nightmares all night. Our tour guide was great. The stories of torture, mistreatment, disease, and despair she told of the old jail made us both feel extremely sad for the prisoners who once were incarcerated there. EEEK! 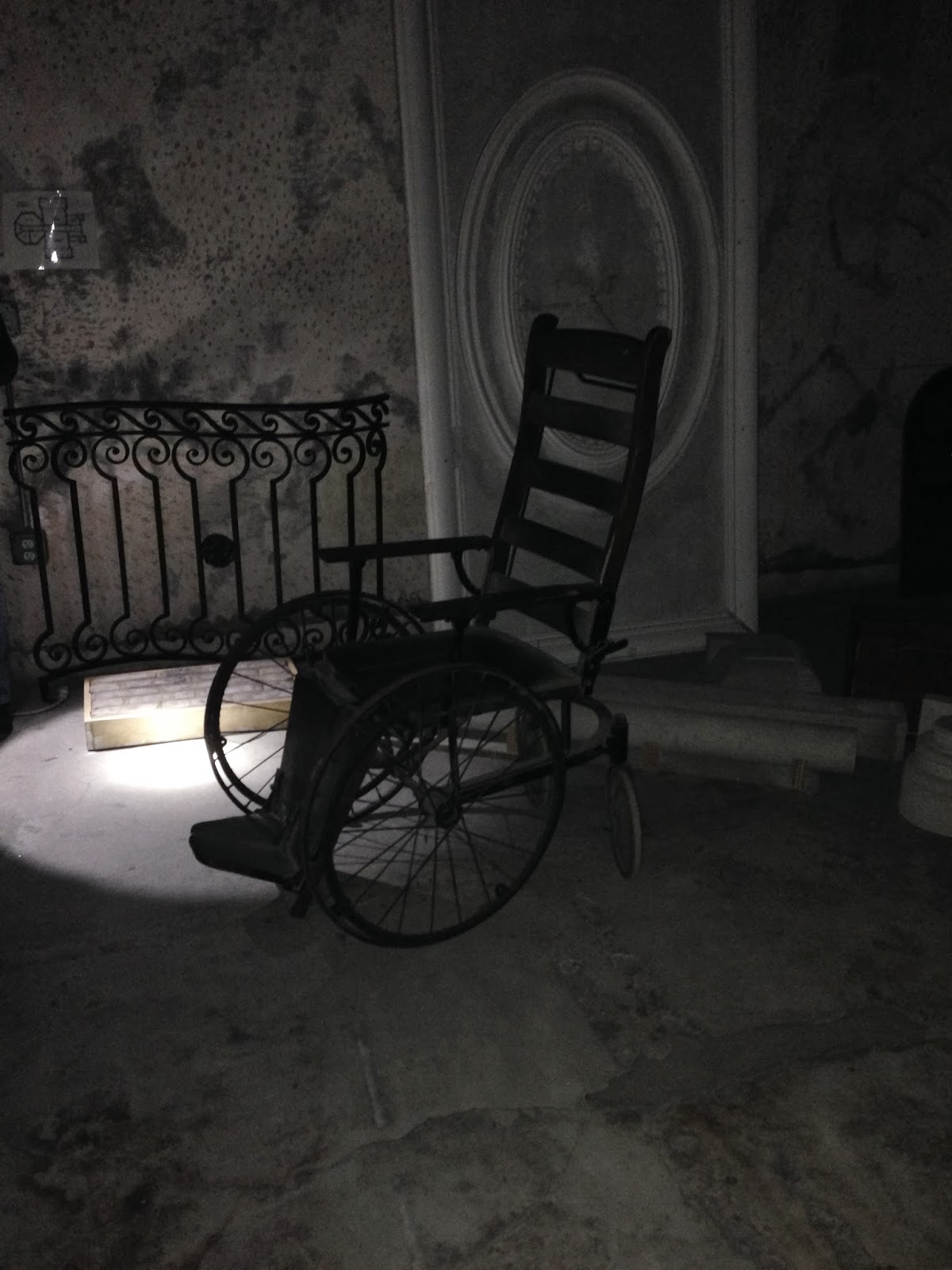 After the tour we went to a few bars on upper King Street for a few drinks, and then headed on home for much deserved sleep.

I hope you enjoyed your journey through the Lowcountry with me today. Make sure to read about day one of our road trip, and don't hesistate to email me if you would like the travel guide I created for the trip. :)

Thank you so much for taking the time to leave a comment! I love hearing from y'all! <3 Jen